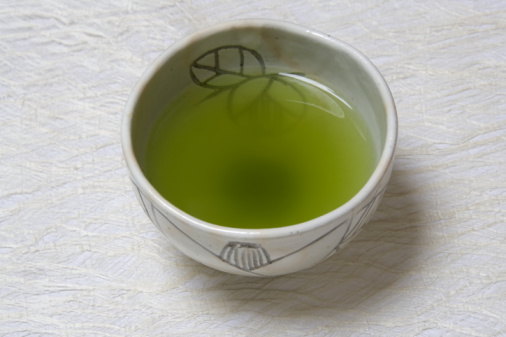 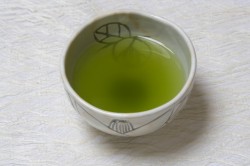 Green tea is believed to be in use as a medicine for at least 4000 years in china. It is also believed that green tea lowers the cholesterol levels by increasing the good cholesterol and decreasing the bad cholesterol. Green tea is rich in antioxidant called epigallocatechin gallate (EGCG). It destroys cancer cells and also inhibits the growth of cancer cells. Even though the French people consume diet rich in fat, they are less prone to heart attack than the Americans. Similarly, even though 75 percent of the Japanese are smokers, they are less affected. This is because EGCG is more in green tea used by them. It acts as a protective agent against premature death from heart attack and cancer.

Green tea also destroys bacteria thus preventing tooth decay. Researchers have also found that green tea even helps dieters. The leaves of green tea can also be used for cooking. The leftover leaves can be used as manure for garden plants to grow better. The ingredient present in green tea is polyphenol. It is the most effective antioxidant. It is present in higher amount in green tea than in black tea.

The basic difference between green tea and other teas like oolong and black tea is that while the latter come from the leaves of camellia simens plant, green tea is processed in a different way. Green tea leaves are steamed which prevents the EGCG, a power antioxidant, from being oxidized. In contrast, black and oolong leaves are made from fermented leaves and so EGCG is converted into other compounds, which are effective in preventing and fighting various diseases.

Drinking green tea has a whole lot of benefits like fighting against cancer, stabilizing diabetes, helping in weight loss, slowing the ageing process and helping digestion. Green tea also enhances immunity in our body. About four cups of green tea each day provides 300 to 400 mg of polyphenols, which help in antioxidant activity. These antioxidants help in slowing diseases. A research Institute in Tokyo found that drinking green tea is the best method to prevent cancer at present. All types of cancer like stomach, lungs, breast, liver, colon and rectal can be prevented by green tea.

Green tea prevents cholesterol from being absorbed by the digestive tract. This in effect means that even if the fat is taken, the body does not absorb it. Green tea also helps in preventing unhealthy clotting. Rinsing the mouth with green tea after meals helps in fighting bacteria and thus prevents cavities. One cup of tea with each meal acts as a metabolic stimulant. This helps in weight loss. The caffeine in the tea burns extra calories in the body and fat is digested by polyphenols. A recent study stated that EGCG found in green tea could help to boost one’s immune system thereby helping to prevent HIV.

And to top it all, green tea probably is the only substance in the world with so many medicinal values and without a single side effect!