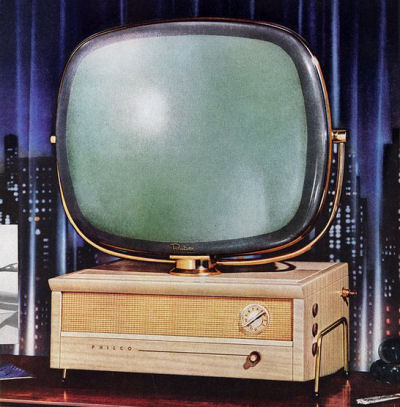 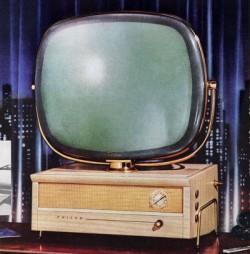 Do you know that first ever TV sets were electromechanical and featured a motor, a spinning disc and a neon lamp that projected a little blurry picture? A number of discoveries in the fourth quarter of the 19th century lead to finally some television sets being prototyped in the late 1920’s. This was further followed with a transmission of a television signal. In the early 1900’s a development started on CRT (cathode ray tube) which was used until very recently to transmit and display images. You can still find old tube TV sets in homes around the world today.

Further and significant development of the TV industry which corresponded well with the boom of TV set sales started after the World War II and proceeded at a fairly fast pace.

The colour TV sales started booming in around 1965 and after the premiere of Walt Disney’s ‘Wonderful World of Color’ in 1961, and development of a system that could be compatible with the monochrome sets. Earlier inventions and broadcasts in 1950’s failed miserably and were followed with prohibition of colour TV production in United States.

Some initial portable TV’s were developed in 1970’s and early 1980’s by Panasonic and Sony. The first portable set that could fit in a pocket was a Panasonic model and used a smallest CRT available commercially. Introduction of LCD screens significantly benefitted this area, enabling many improvements to small portable TV sets.

Although the concept of flat panel TV set has existed for decades, the plasma screens started sporadically appearing in the late 1990’s and were very highly priced. It is only in 2005 that Plasma and LCD screens became widely popular and affordable. In the recent years the prices have dropped even further and the screen sizes have increased significantly. Due to many developments in new technologies, everyday consumers can now purchase larger and cheaper flat screen high definition TVs.

In 2010 consumer focused home based 3D TV technology became widely available in the high street and Internet shops. With the companies like Panasonic, Sony and Samsung leading the market, 3D high definition trend is catching on. Although only made recently available, this development in TV technology is very exciting to many consumers. Watching a 3D film (or any other content) in the comfort of your home, on a large flat screen offers a magnificent experience that majority of us can now have. And in comparison when Plasma and LCD screens first started appearing in the shops, the prices of 3D high definition TVs and other devices is fairly low. If you shop around you can find prices not that much higher than those of Full HD TV sets.

Maybe a holographic TV? As a first and perhaps essential step after 3D TV images, could be holographic image projection. This either being full size or scaled type of image with the ability to see everything from all the sides and angles. Imagine having a western or action film going on in your living room. Not on your wall but right in front of you, possibly in the middle of the room. Maybe you can even walk between the characters (without distracting their attention too much) and perhaps even experience the surroundings. Further, this could not only have effect on our visual and hearing receptors but be enhanced with the smell feature. Imagine if you could adjust the strength of smell with your remote control… OK, perhaps that’s taking it too far. Nevertheless, holographic TV would take the meaning of this technology to different heights, enabling even more new and amazing ways that this technology could be used in.