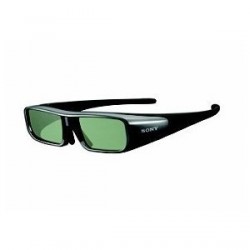 You may have wondered to yourself, “How do 3D glasses work?” With the current interest and development of 3D televisions and programs, many people are beginning to grow more curious about the technology behind it. This article will explain how the glasses allow you to see in 3D. And, with one exception, you won’t encounter any technical jargon. So, read on to get a clear and easy-to-understand explanation of how 3D glasses work.

Why You Need Glasses to Watch 3D-TV

3D-TV glasses work by presenting slightly different images to the left and right eye. The technology is known as alternate-frame sequencing. The images are not presented at the same time though. Instead, the left eye first gets an image then the right eye, then the left again, and so on.

When one eye receives an image, the other gets blocked by the 3D glasses. However, the blocked eye doesn’t notice because it happens too fast to see. It’s like trying to watch the wings of a humming bird. They move so fast, you can’t tell when they’re up or down. This alternating effect works together to present slightly different versions of the same image. The difference matches the way your eyes normally see objects in the real world.

To properly render a 3D presentation without the red and blue colors, the glasses must be sequenced to the images presented on the television. So, when the image for the left eye is shown, the glasses need to block the right eye from seeing it. The same is true for the next image which is made to be seen by the other eye.

In order to make sure each eye sees the correct image, the glasses receive a wireless signal from the television. It tells the glasses when to block one eye and open the other. Once again, it happens so quick that your eyes don’t notice they’re being blocked back and forth. The reason the glasses need the batteries is because they power the tiny wireless receiver inside the glasses. It’s the same reason your remote control needs batteries.

Will There Ever be a 3D-TV that Doesn’t Need Glasses?

The answer to that question is a resounding, “Yes!” Designs are already underway for 3D television sets that require no glasses at all. Toshiba is one of the companies leading the development. The technology is still crude and suffers from some limitations about how far away you need to sit from the TV. However, Toshiba is expecting to begin delivering properly working televisions by the year 2015.

So, for now, 3D glasses will be the standard for 3D TV. Now that you know, you’ll be able to tell others when they ask you, “How do 3D glasses work?”