The World Health Organization has recently released the results of health surveys taken between 2000 and 2008 on world obesity, and the news isn’t pretty. The common fat-o-meter among nations is body mass index (BMI), a calculation based on a person’s height and weight. The World Health Organization defines “overweight” as an individual with a […] 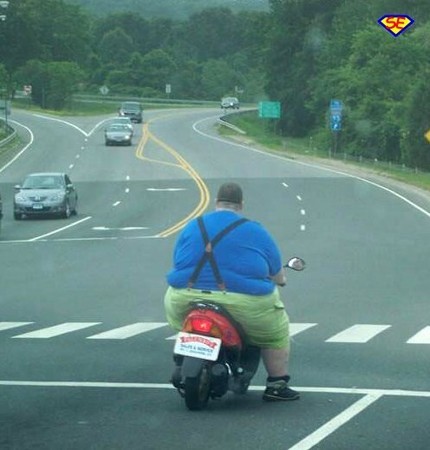 The World Health Organization has recently released the results of health surveys taken between 2000 and 2008 on world obesity, and the news isn’t pretty. The common fat-o-meter among nations is body mass index (BMI), a calculation based on a person’s height and weight. The World Health Organization defines “overweight” as an individual with a BMI of 25 or more and “obese” as someone with a BMI of 30 or higher.
Since obesity rates can be an indicator of a nation’s nutritional trends, health and culture, we thought it might be useful information for the expat to know.

Here are the 10 fattest countries of the last decade:

Last month, The Observer begrudgingly reported that the heaviest man in the world was not in the U.S., but a 48-year-old Brit living in low-incoming housing in Ipswich “eating takeaways and playing computer games.” His weight: 980 pounds. British bellies are expanding for the same reasons as everywhere else. A recent survey, however, ranked Brits among the bottom third of European nations in physical exercise, leading Health Secretary Andy Burnham to comment, “We’re really in danger of being known as the best in the world for watching sport, but one of the worst for getting out there and doing it for ourselves.”

Croatia, where cardiovascular disease is the leading cause of death, is also a victim of the globalization of the food market, which tends to suppress traditional diets as cheaper processed foods from the U.S. and Europe flood store shelves. Unlike other Europeans, Croatian men have higher rates of obesity than Croatian women, and tend to get even fatter as they age. It’s no wonder that a Croatian charity announced in June that it had created the world’s largest pair of jeans — the size of six tennis courts — stitched together from 8,023 donated pairs of jeans.

In the past 30 years, the number of obese Israelis has tripled, evidence the country is truly part of the Western world. Like in most developed countries, flab is most prevalent among Israelis with less education, with Jewish women with college degrees having the lowest levels of obesity and Arab women with basic education having the highest.

In a study at the University of Otago, researchers found that how much time New Zealand children spend watching television is a better predictor of obesity than what they eat or how much they exercise. The study found that 41 percent of the children who were overweight by age 26 were those who had watched the most TV. Television is not the only reason New Zealanders are gaining weight, but it’s one modern development often cited for growing childhood obesity.

Once considered a problem only in high-income countries, obesity is dramatically on the rise in low- and middle-income countries like Bosnia-Herzegovina, where smoking, drinking and eating unhealthy foods spiked during the war that ravaged the country from 1992 to 1995. Those living just above the poverty line in developing countries are gaining weight the fastest, partly because of the tendency to fill up on cheap processed foods high in calories and low on nutritional value.

In the 1960s, Egypt produced enough food to feed its people a steady diet of red meat, poultry, lentils, maize and dairy products. But by the 1980s, the population had outgrown food production, leading to an increase in food imports that created poorer eating habits. Obesity among Egyptian women is particularly high, often attributed to cultural taboos on women exercising or playing sports.

When Germany found out that it was the fattest nation in Europe, health experts blamed the usual suspects: beer, fatty foods and lack of physical activity. Like the rest of the world, Germans are suffering from an easy availability of junk food and more sedentary jobs and lifestyles. As part of the government’s campaign to reduce obesity levels by 2020, it has launched programs to serve more fruits and vegetables in public schools.

In the early 1960s, 24 percent of Americans were overweight. Today, two-thirds of Americans are too fat, and the numbers on the scale keep going up. Health experts attribute the rise to an over-production of oil, fat and sugar — the result of government farm subsidies started in the 1970s that made it much cheaper to manufacture products like high fructose corn syrup, a common ingredient in processed foods. “On top of that, investment policies changed in the early 1980s to require corporations to report growth to Wall Street every 90 days,” said Marion Nestle, a nutrition professor at New York University and author of the book “Food Politics.” “This made food companies seek new ways to market to the public. Obesity was collateral damage.”

Between 1964 and 2001, food imports to the least developed Pacific nations, such as Kiribati, which comprises 33 islands clustered around the equator, increased six-fold, according to the Food and Agriculture Organisation, a United Nations agency established to fight world hunger. Those imports led to a huge influx in fatty food and processed meat, such as Spam and mutton flaps (fatty sheep scraps), often sold at lower prices than native food.

Traditionally, Pacific Islanders ate native foods high in complex carbohydrates and low in fat, such as bananas, yams, taro root, coconut and fish. Since World War II, an explosion of obesity on the islands has corresponded with a rise in migration to the U.S., New Zealand, France and Australia. That began to change dietary habits as family members abroad introduced those back home to Western eating and sent money home, giving locals the means to buy more food. Today, this six-island nation in the South Pacific Ocean tops the scales as one of the fattest in the world.